“What am I – CHOPPED LIVER?” This is the question I first asked concerning Jesus’ women disciples. In other words, “Were Jesus’ women disciples less important and less valued than the men disciples?” The last five blog posts tell my readers that I believe women disciples were as important and equally valued in Jesus’ eyes as the men disciples. Someone once said, “God first created man. Then, God had a better idea and created woman.” I want all my readers to know, that this is not what I want to convey. I believe men and women are equal in God’s sight and both are used by Him to do mighty things. “So God created man in His own image, in the image of God he created him; male and female He created them” [Genesis 1:27]. My reason for writing about the women disciples is they are sometimes skipped over. “More important topics” are discussed such as, how the men disciples disserted Jesus when He was arrested and ordered to be crucified. I believe it is also important to examine the women disciples’ unwavering love and commitment to their beloved Teacher, especially at His crucifixion and burial. If we skip over talking about “The Women in Jesus’ Life, Death and Resurrection” we are missing out on important lessons Jesus wants to teach us and emulate.

According to the Gospels, women followed Jesus during His ministry on earth and cared for His needs, as well as His men disciples “out of their own means” [Luke Luke 8:3b]. They teach us about sacrificial service and giving. I believe the women, along with the men shared in “proclaiming and bringing the GOOD NEWS of the kingdom of God” [Luke 8:1b]. Women were at his crucifixion and watched Jesus die an unconscionable and horrifying death, recorded in all four Gospels [See Part II]. I believe the women were at Jesus’ crucifixion because they didn’t want Jesus to die alone, with only His enemies surrounding Him. The women also wanted to know where His body was taken, so that they would be able to make sure He was buried properly [See Part III]. On the day after the Sabbath, the women went to the tomb to anoint Jesus’ dead body, only to find the tomb empty. The women were the first to see their Resurrected Lord and Savior Jesus Christ. They were the first to tell the men disciples the GOOD NEWS – “JESUS HAS RISEN!” [See PART IV]. In John’s Gospel account of the Resurrection, John focused on one woman, Mary Magdalene, who was crying because she thought someone had stolen Jesus’ body. In her sorrow, Mary could not leave the grave. I believe she was waiting for something to happen, but she didn’t know what. It was her faith that made her wait, and her faith was rewarded. She was the first to hear her name “Mary” by her Risen Lord [Read Part V]. 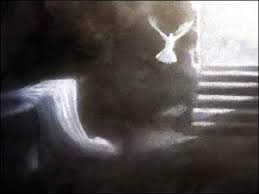 How is it possible for the most important story for all of humanity to grasp [the Resurrection Jesus Christ] can be so confusing and create so many questions for believers and non-believers alike? All four Gospels record the events surrounding the Resurrection. Christians believe that the Holy Spirit used each Gospel writer’s personality and experiences to present the Resurrection in their own unique way and they are okay with that explanation. They believe that Jesus did rise from the dead, and this is what Christianity stands on. Not being clear of the number of women and angels at the tomb does not take away from “the Gospel Truth”: JESUS HAS RISEN! However, it is important to take the questions of non-believers [and some Christians] seriously. I believe it is harmful to deny there are absolutely no differences in the four Gospels [Non-believer may use the word “contradictions“].

“Why is the number of women going to the tomb different in each Gospel account – two in Matthew, three in Mark, three or more in Luke and only one in John?” “How many angels really were there at the empty tomb – one in Matthew and Mark or two in Luke? Did the women go tell the disciples Jesus was alive as in Matthew and Luke and John or were they too frightened to say a word to anyone as in Mark? What about the earthquake? Did Mary Magdalene see Jesus alive first or a group of women? 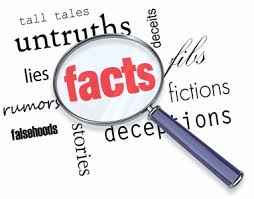 After much study, have answered these questions. Instead of trying to “re-invent the wheel,” I want to share information from a Bible Scholar who is much more capable than I am in these matters. In Ken Wallace’s article, “The Women at the Empty Tomb,” originally written in 1999, revised in 2011, and later copywrited in 2016, [www.north forest.org/ChristianApologetics/womenattomb.html] Wallace uses all four Gospels to answer the such questions as above and also puts the events of the Resurrection in chronological order. A skeptic may always be skeptical, but it’s worth a try to share this information with those who have questions concerning the Resurrection account found in the Gospels. It may become a valuable discussion. 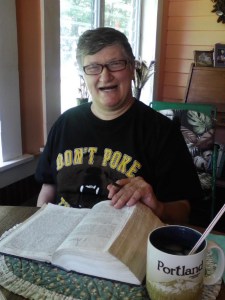 1 thought on “The Women in Jesus’ Life, Death and Resurrection [Part VI]”