What IS in a name? Did you ever search your genealogy to solve the mystery of where your last name comes from? I have never done this, since my last name is a twelve-letter Polish name, but some of you may have more common last names. For example, “Smith” is an English name, meaning “metal worker, blacksmith” from Old English “smio”, derived from “smiten – to strike, to hit”. “Smith” is the most common surname in most of the English-speaking world. Many surnames are derived from occupations: Butler, Miller, Taylor (to name a few).

God was given the name “Spirit”, not only in Judeo-Christian circles, but by many ancient people groups. For example, in the Old Testament Book of Daniel, Nebuchadnezzer, who did not believe in the God of the Hebrews, told Daniel he needed help interpreting his dream: ‘‘Finally, Daniel came into my room and I told him the dream. (He is called Belteshazzar, after the name of my god, and the spirit of the holy gods is in him.) I said, ‘Belteshazzer, chief of the magicians, I know the spirit of the holy gods is in you, and no mystery is too difficult for you. Here is my dream; interpret it for me’” (4:8-9). Daniel, a Hebrew in captivity, was the only one who was able to interpret the dream because Daniel believed in the Holy Spirit of God (See the rest of Daniel 4).

Among some Native American Tribes, such as the Sioux and the Algonquian, there is a belief in a supreme being named “The Great Spirit” or “The Great Mystery.” Chief Dan Eveheme, a spiritual leader of the Hopi Nation, describes the Great Spirit as follows:

“To the Hopi, the Great Spirit is all powerful. He taught us how to live, to worship, where to go and what food to carry, gave us seeds to plant and harvest. He gave us a set of sacred stone tables into which he breathed all teachings in order to safeguard his land and life. In these stones tablets were inscribed instructions, prophecies and warnings” (From “Great Spirit”- Wikipedia).

Sounds familiar, doesn’t it? Then, there’s our friend, Norman Greenbaum, who is (you guessed it) Jewish, who wrote a “religious-Rock” song, and named it “Spirit in the Sky.” Here are the first two stanzas: 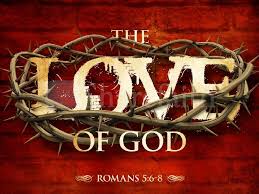 When Greenbaum was asked about why he wrote song about Jesus, he said, “I’m just some Jewish musician who really dug Gospel music. I decided there was a larger Jesus Gospel market out there than a Jehovah one.” He was right about that! The single sold 2 million copies in 1969 and 1970 and got to number 3 in the U.S. Billboard chart. When asked about the song’s popularity, a scholarly theologian pontificating in perfunctory platitudes couldn’t have said it any better: “It appeals to one’s inner self and the need for redemption, plus, heck, who wants to go to hell?” (Google Norman Greenbaum-Spirit in the Sky Lyrics). I do not if Greenbaum has a personal relationship with the God of the Christian Bible, but I hope he does.

In a book written in 1670, entitled “Pensees”, by Blaise Pascal, he wrote one of His most famous quotes: “There is a God-shaped vacuum in the heart of every person, and it can never be filled by any created thing. It can only be filled by God, made known through Jesus Christ.” This can be seen in many cultures and in various ways through the testimony of the Holy Spirit. 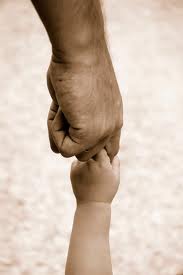 “For you did not receive a spirit that makes you a slave again to fear, but you received the Spirit of sonship. And by Him we cry, ‘Abba, Father.’ The Spirit Himself testifies with our spirit that we are God’s children. Now if we are God’s children, then we are heirs – heirs of God and co-heirs with Christ, if indeed we share in His sufferings in order that we also may share in His glory” (Romans 8:15-17).

“The Holy Spirit also testifies to us about this. First He says: ‘This is the covenant I will make with them after that time, say the Lord. I will put My laws in their hearts, and I will write them on their minds.’ Then He adds: ‘Their sins and lawless acts I will remember no more.’ And where these are forgiven, there is no longer any sacrifice for sin’” (Hebrews 10:15-18).

The Spirit of Truth: “But when He, the Spirit of Truth, comes, He will guide you into all Truth. He will not speak on His own; He will speak only what He hears, and He will tell you what is to come. He will bring glory to Me [Jesus] by taking what is Mine and making it known to you” (John 16:13-14). 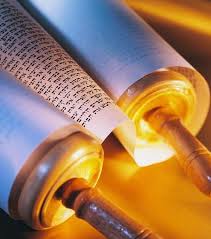 The Spirit of Holiness: “Paul, a servant of Christ Jesus, called to be an apostle and set apart for the Gospel of God – the Gospel He promised beforehand through His prophets in the Holy Scriptures regarding His Son…and Who through the Spirit of Holiness was declared with power to be the Son of God by His resurrection from the dead: Jesus Christ our Lord…And you also are among those who are called to belong to Jesus Christ” (Romans 1:1-2a, 4).

The Spirit of Glory: “Dear friends, do not be surprised at the painful trial you are suffering, as though something strange were happening to you. But rejoice that you participate in the sufferings of Christ, so that you may be overjoyed when His glory is revealed. If you are insulted because of the Name of Christ, you are blessed, for the Spirit of Glory and of God rests on you” (I Peter 4:12-14). 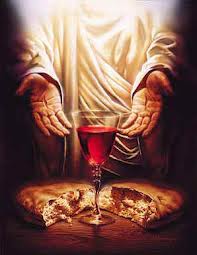 The Eternal Spirit: “The blood of goats and bulls and the ashes of a heifer sprinkled on those who are ceremonial unclean sanctify them so that they are outwardly clean. How much more, then, will the blood of Christ, who through the Eternal Spirit offered Himself to God, to cleanse our consciences from acts that lead to death, so that we may serve the Living God!” (Hebrews 9:13-14).